The below video was seen a few weeks ago on the King of all blogs Dave Statter's www.statter911.com.  I will stay away from a tactics discussion because we have no idea what kind of construction they encountered. But at the 6:18 mark when the helmet comes flying out the door, we all know what happened.  Someone forgot to buckle their chinstrap, oh wait two people did.

Things like this drive me insane on the fire ground.  Whether it be unbuckled waist straps, unbuckled chin straps, or hoods hanging out of gear too many people think wearing PPE properly is an option.  Some of this can be attributed to an honest mistake, while others are habitual offenders.  I think one reason I get so mad about these things is since I joined the Fire Service they have been drilled into my head.  Always buckle your belt, always tuck in your hood, always use your chin strap.  All of these items are not effective with all of the features not being used.   If you don't buckle your helmet it will get knocked off.  Ask the chief in the video if that's true.  It looks cool to wear your chinstrap over the back of your helmet, but that certainly won't hold it on your head.  I learned this as a hard and fast lesson during my tenure in my former career department.  50 pushups for each time you chinstrap, waist strap or any other part of your PPE that was not secured.  They made it habit to make sure everything was worn correctly.

This was done because of an incident that occurred there.  A captain was burned and injured during an apartment fire in the northeast area of town.  He survived because of the high quality gear and the fact he worn his PPE properly, with one exception, his helmet.  That mistake nearly killed him, but the collapse occurred just far enough away he wasn't hit directly in the head.  He suffered a glancing blow removing his helmet, but nothing else fell on him, so we all know he was lucky.  This is why it is a pet peeve, nothing like a personal plea by a person who had it happen to them to make you develop a pet peeve.

The one that gets me the most and by far is the most prevalent, is the unbuckled waist straps.  If you have an emergency in a fire and these aren't buckled, my job of getting you out and converting your SCBA into a drag harness is ten times more difficult.  If you don't know why it's more difficult email me and I'll show you.  Plus, the weight of the SCBA is meant to be supported by the waist straps not the shoulder straps, so you can wear it more comfortably for longer.

So please my plea to all of you fix these issues if you see them, because the last thing I want to see is someone get hurt because of something they could easily fix on their own.  Control all the things you can all of the time, and have a plan for those things you can't control.  Be safe out there. 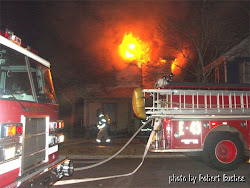 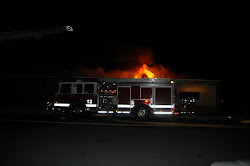